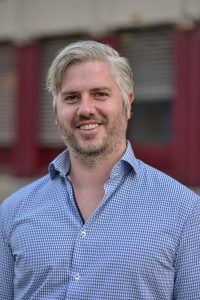 Robert Wesley is an internationally recognised counter-terrorism expert with both practical and academic experience. He has worked in the security industry for over a decade. Having interviewed terrorists and militants for the last decade, Robert has advised numerous governments on their counter-terrorism strategy, with particular focus on Syria and Egypt. he is renowned for his work on the re-integration of foreign fighters, research on Jihadist use of social media, and ideas for preventing radicalisation. Robert established KIVU Technologies, a Vienna, Austria-based provider of scalable software for network analysis in the security industry, in 2016.

In conjunction with the recent announcement of its €1.8M seed funding round, Robert answered our questions about himself, the company, its solution, the funding and future plans.

FinSMEs: Hi Robert, can you tell a bit more about you? What’s your background?
Robert: My name is Robert Wesley and I am the CEO and Founder of KIVU Technologies. I’ve worked in the security industry for more than a decade, analyzing for and advising governments and international organizations on their counter-terrorism strategies.

FinSMEs: How did you come up with the idea of creating Kivu Technologies? Which problem do you want to solve?
Robert: As an analyst, I understand the daily challenges security analysts are facing. I had a vision of improving technologies to accelerate counter-terrorism analysis. With terrorists being increasingly tech-savvy, governments and intelligence agencies need a technological boost to give them an edge – at KIVU, we are trying to enable governments to become faster and more agile.

FinSMEs: How does Kivu work?
Robert: KIVU is an innovative network analysis company designing and building software to enable counter-terrorism analysts to narrow down their data and connections to relevant, manageable networks. We focus on enabling governments to be able to understand very large, complex networks using new technology and automation processes – we are trying to help them identify potential recruitment and radicalisation in vast networks. We want to help enable governments use their vast array of tools to prevent this radicalisation, as early in the process as possible. We are building part of the solution to empower analysts to work faster and more efficiently, and to enable them ultimately to save lives.

FinSMEs: Can you introduce your co-founders and teammates?
Robert: KIVU is the sum of its brilliant parts! Jan van Oort and Christian Weichselbaum are my cofounders, and both have extremely high technical skills – one with a mathematics background and one with a computational intelligence and machine learning background. Jan van Oort is our Chief Engineer, a maths guru, and a talented and experienced engineer with a background in aerospace. Christian Weichselbaum is our Chief Data Scientist, computer science and AI expert, who was already considering before I met him how technology could help the police and others to minimise the effects of online propaganda.

FinSMEs: You just raised a meaningful funding round. How are you using the funds?
Robert: We are using the funds to scale our team, and accelerate the enhancement of our product.

FinSMEs: What can you tell us about the investors? Are they supportive? How?
Robert: We are thrilled to have secured such a significant vote of confidence in KIVU’s proposition from well-respected investors, who are all supportive and committed. They each bring different business expertise and experience, which we benefit from, and each investor is passionate about the technology we are building. We are committed to revolutionising the data intelligence market with our novel network analysis platform and together with our new investors we are a strong team.

FinSMEs: Which are your near and medium term future plans?
Robert: We are excited about KIVU’s future. In the near-term, our focus is on accelerating our technology development and bringing in more superstar team members. Since we are based in Europe, our initial focus is on supporting European governments in their fight against terrorism and other crimes. Then we will expand our efforts to enhance the capabilities of other governments around the world. Our technology is well suited for numerous use cases and market verticals, so we will roll out our B2B offerings over time. 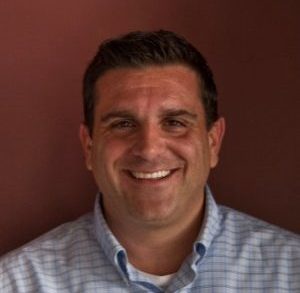