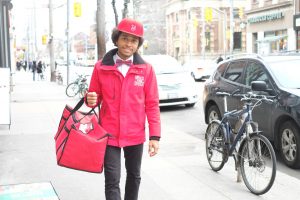 The round was led by BDC Capital with participation from Kensington Capital Partners via the BC Tech Fund, Yaletown Ventures, Structure Capital, and Voyager Capital.

The company will use this funds to further develop its ordering platform, as well as continue expansion.

Launched in 2012 and led by Ryan Spong, CEO, Foodee is a platform that connects offices across North America with restaurants, bringing food to Fortune 500 companies such as Apple, Amazon, Comcast, eBay, Facebook, Microsoft, Starbucks and more in 10 cities in North America.
The company has partnered with over 500 restaurants, served over 8,000 customers, delivering meals in Toronto, Vancouver, Austin, Denver, Philadelphia, etc.