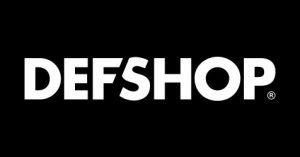 The amount of the deal – which is expected to close at the end of September 2017 – was not disclosed.

Founded in 2006 by Alexander Büchler, DefShop has grown into a multichannel platform with two physical stores. The company’s product range comprises over 25,000 articles from approximately 350 brands, including Adidas, Nike, Jack & Jones, and Converse.
This product range spans from jackets, hoodies, and jeans through sweatpants and shoes to accessories such as caps, belts, jewellery, and sunglasses. In addition, under its Herobrands umbrella, DefShop offers a large portfolio of proprietary own brands such as DNGRS, Just Rhyse, and Bangastic, as well as licensed brands such as Thug Life and Eckô. These are distributed through the B2B platform Roadmap1, through which DefShop also connects to its network of large-scale European retailers that includes Amazon, eBay, Vaola, and Rakuten.
DefShop currently employs around 180 people and serves approximately 935,000 customers across Europe. In 2017, the company is projected to generate revenues of c. €64m.