Surrozen, Inc., a South San Francisco, CA-based biopharmaceutical company focused on discovering and developing drugs that promote the repair and regeneration of human tissues, closed a $33m Series A financing.

The round was led by The Column Group, a science-driven venture capital firm based in San Francisco.

The company intends to use the funds to implement its drug discovery platform.

Surrozen’s founders include:
– K. Christopher Garcia, Ph.D., the principal inventor of the company’s Surrozen’s surrogate Wnt technology. He is a Howard Hughes Medical Institute (HHMI) investigator, professor of Molecular and Cellular Physiology and Structural Biology at the Stanford University School of Medicine, and member of the National Academy of Sciences.
– Roeland Nusse, Ph.D., who co-founded the Wnt field with the discovery of the first Wnt gene (Int1) with Harold Varmus in 1982. He is an HHMI Investigator, Virginia and Daniel K. Ludwig Professor of Cancer Research, a professor of Developmental Biology at Stanford University School of Medicine, chairman of Stanford’s Department of Developmental Biology, director of the Stanford Cancer Stem Cell Research Program, and member of the National Academy of Sciences.
– Calvin Kuo, M.D., Ph.D., the Maureen Lyles D’Ambrogio Professor of Medicine and a professor of Chemical and Systems Biology, leader of the Cancer Biology Program at the Stanford Cancer Center, and vice chair for Basic and Translational Research in the Department of Medicine.
– Claudia Janda, Ph.D., a senior scientist at Surrozen and former research scientist and postdoctoral associate in the Garcia Lab at Stanford University. She is co-inventor of Surrozen’s foundational technology. 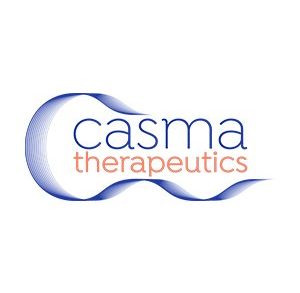