Longitude Capital also added several Vice Presidents to the investment staff in 2016.
– Maxwell Bikoff focuses on investments in medical technology and joins the firm from Cardinal Health, where he held a series of strategy, finance, and operating roles and was most recently the Director of North America Marketing for the Cordis cardiovascular franchise.
– Christina Ghenoiu, Ph.D. focuses on investments in biotechnology and was previously in Biotechnology Equity Research at Cowen and Company, where she covered large and small/mid-cap biotechnology companies.
– Allyson Rinderle focuses on biotechnology investments and previously worked at Aisling Capital and in J.P. Morgan’s Healthcare Investment Banking practice.
– Michael Wert, who worked at Longitude Capital from 2008 to 2012, re-joins the firm’s medical technology practice from Warburg Pincus.

All four operate out of the firm’s Menlo Park, California office.

Led by Managing Director and co-Founder Patrick Enright, Longitude Capital makes venture growth investments in biotechnology and medical technology companies that seek to improve clinical outcomes, enhance quality of life and/or reduce system costs. The firm invests in both privately held and publicly traded life science companies through a variety of investment approaches.
Since 2006, Longitude Capital has raised over $1.2 billion across three funds and has offices in Menlo Park, CA and Greenwich, CT. 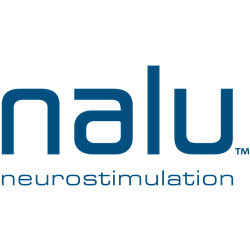