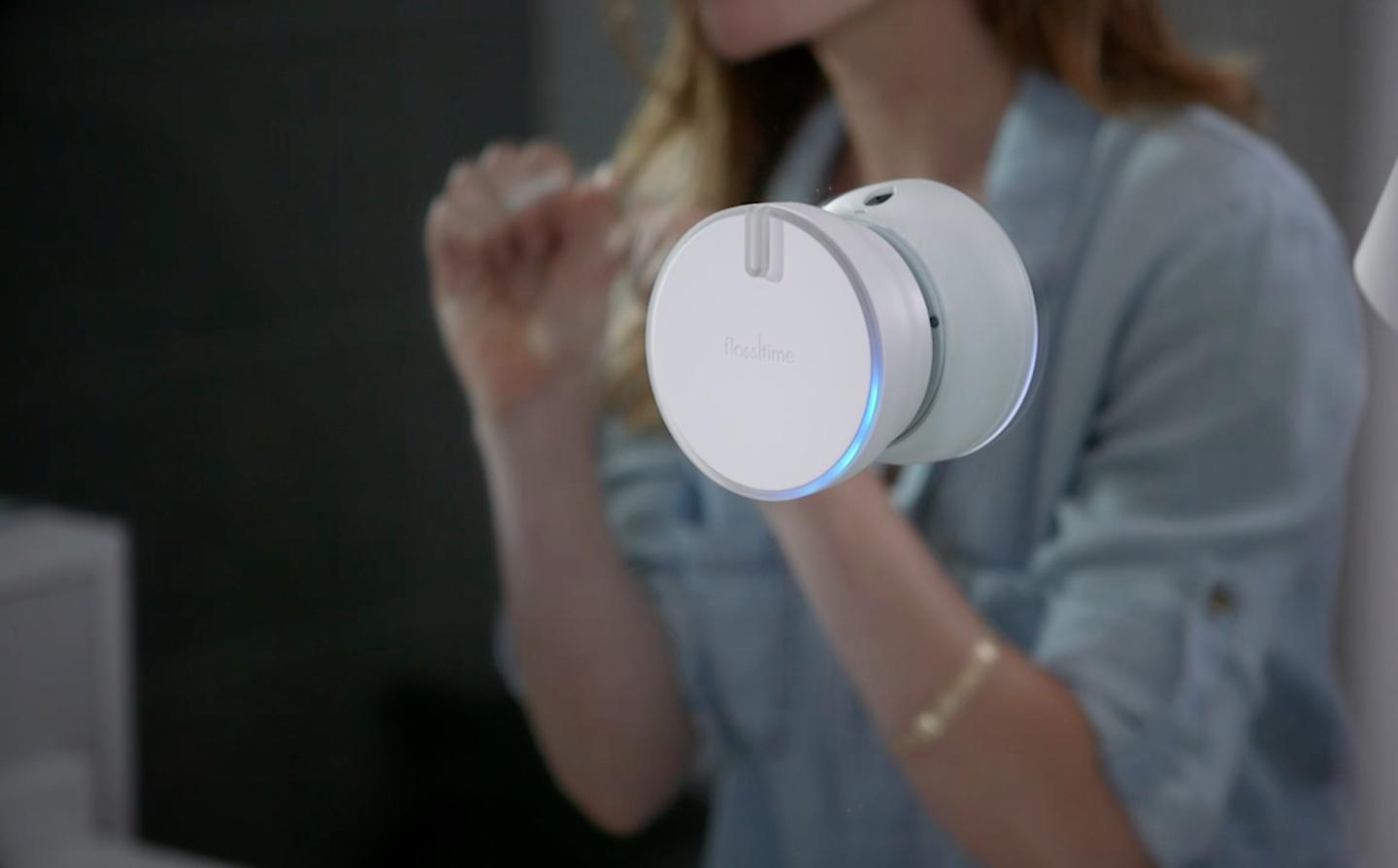 Flosstime, a Palo Alto, California-based developer of an automated floss dispenser, closed a $970K seed round of funding.

Founded in August 2014 by Michael Evans, Duc Duong and Gregorio Faria, who met in a Stanford Biodesign course, Flosstime has just launched a consumer device which dispenses floss, reminds people to floss and rewards daily flossing habits.
With a single touch, the circular device dispenses 18 inches of floss, cuts it and sets a 90-second LED-timer that moves around the device, indicating how long users should spend on each section of the mouth. After 90-seconds, Flosstime will light up with a smile as a reward for a job well done.
After a 22-hour period of inactivity, an orange frown reminds the user that it is time to floss again. If unused after seven days, the device will automatically shoot out a length of floss.
The habit-forming device can be set to single and dual-user modes.

Available today at Flosstime.com, the device can be purchased for $29.99 and will ship in January 2017.