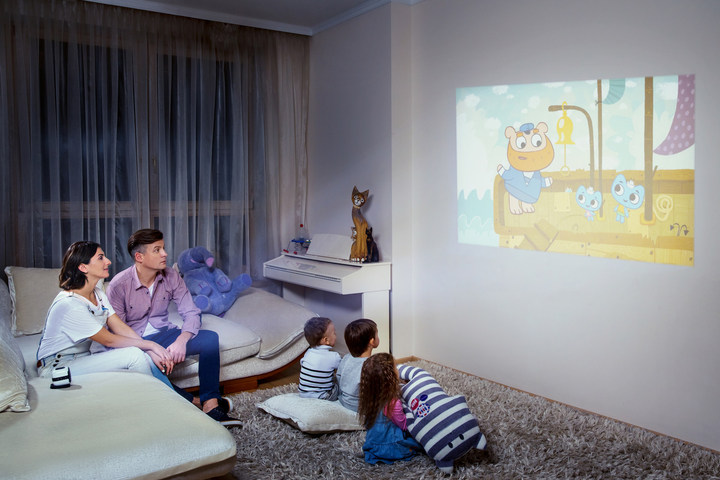 Cinemood, a Moscow, Russia-based maker of portable mini-cinema projector devices with a content platform for kids, raised $2.5m in Series A equity funding.

IIDF fund of Moscow made the investment.

The company intends to use the funds for manufacturing, downstream R&D and market expansion.

Founded in 2014 by Mike Bukhovtsev, Cinemood is the creator of portable mini-cinema projector devices with a platform for kids featuring hardware, entertainment and educational content including cartoons we loved as kids, digital books, lullabies, shadow puppet show tutorials and popular new cartoons.

The platform consists of portable mini-cinema projector and a set of silicon covers shaped like cartoon characters that feature Near Field Communication (NFC)-markers to trigger content downloads. Cinemood hardware features a cube form-factor that projects video onto any smooth surface. It’s pre-loaded with +150 hours of multilingual content including licensed animated shows, audio stories, and creative and educational lessons. Additional content can be downloaded outfitting the projector with one of the special silicon covers it comes with. Each silicon cover is shaped like a particular cartoon character and has a hidden (“NFC”) marker. When the silicon cover is placed over the projector it automatically downloads that character’s content from the cloud content library to the projector via Wi-Fi.