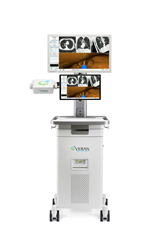 The debt financing was provided by Oxford Finance while the equity financing was raised from existing investors Versant Ventures and River Cities Capital Funds.

The company will use proceeds to accelerate commercialization and innovation of its SPiN Thoracic Navigation System™ technology platform.

Led by CEO Jason Pesterfield, Veran Medical has developed and commercialized an FDA cleared electromagnetic thoracic navigation platform called the SPiN Thoracic Navigation System™ which features a proprietary technology that allows physicians to transition from navigated bronchoscopy to navigated TTNA in a single procedure.
The technology has been adopted by cancer centers throughout the United States.