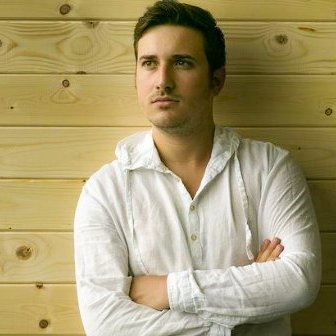 Pep Gomez, Chairman of NUMA Barcelona, a growth acceleration program for tech startups, has made some tech predictions ahead of the new year.

Gomez, 24, who is also the founder of Madrid-based mobile app Fever, and the head of Entrepreneurship and Innovation at Mobile World Capital, thinks Virtual Reality, the sharing economy and Artificial Intelligence (AI) and chatbots will continue to spread their reach in the tech markets globally.

According to Gomez, Virtual Reality (VR), which has for a long time been the realm of science fiction, went mainstream in 2016. Facebook’s Oculus Rift, Sony’s PlayStation VR, Samsung’s Gear and HTC’s Vive are all examples of how this technology has led the way with success over the past year. Over the course of 2017, he expect to see the technology mature further, which will necessarily include lowering prices, the most important factor to look out for when determining whether consumer VR will make it big this coming year.
In addition, there are strong business use cases for Virtual Reality technology as well, including virtual meeting hosting and product prototyping.

The Sharing Economy is creating new opportunities for startups and setting up challenges for incumbent players in the market. In 2016, the sharing economy saw high growth, with a number of new developments launched by already established players in the market. E.g., Uber recently expanded into Bangladesh while Airbnb launched its new “experience” service called ‘Airbnb Trips,’ which guides travelers to restaurants classes and day trips in 12 cities across the globe. While the popular commercial models of the likes of Airbnb and Uber are likely to persist in the coming year, the new year will see the sharing economy develop into many new ways. As an example, Gomez cited Swedish appliance maker Electrolux which is currently exploring the option of starting a service seeing consumers to use their own washing machines to wash other people’s clothes.

In 2016, there has been a growing interest in Artificial Intelligence, especially in the form of chatbots. In the month since chatbots first launched on Facebook Messenger, the number of these on the platform has grown to over 30,000.
Since mid 2016, a lot of chatbots have been launched with startups building solutions around them. E.g., Shopify, an e-commerce platform used by over 243,000 businesses, acquired a startup called Kit CRM, which enables companies to interact with their customers over text. In addition, Microsoft acquired Wand Labs, a startup which ties together an array of services through a conversational interface. Finally, Doodle acquired Meekan, an intelligent chatbot that can allow fast scheduling without consulting one’s own calendar manually.
With chatbots working at their best when they have a wealth of data behind them from which to learn, Gomez expects 2017 to be a year where we see more collaboration between competing companies in order to advance the interests of great customer experience.
In a year in which conventional polling systems have failed to predict major political events e.g., the rise of Trump and the Brexit vote, Gozem sees the launch tech solutions into this area.