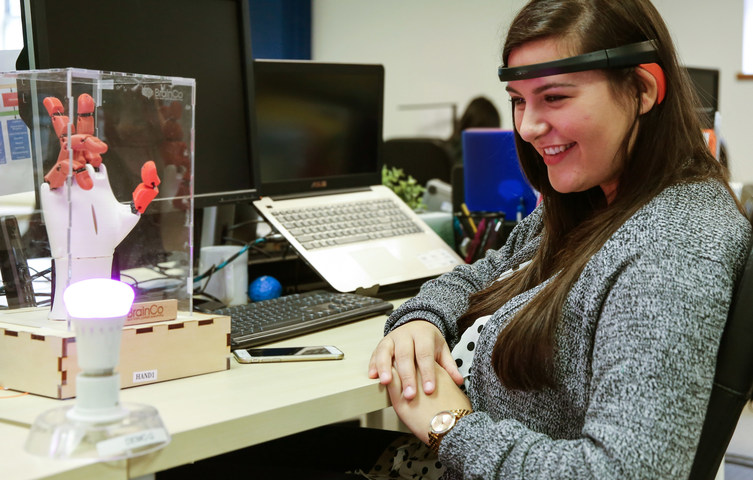 BrainCo, a Somerville, Mass.-based company that specializes in BMI wearables for people to improve their attention level and working efficiency, raised $5.5m in Pre-A funding round.

Founded in February 2015 by Bicheng Han, CEO, and incubated in the Harvard Innovation Lab, BrainCo develops portable, wireless BMI wearables, which allow people to improve working efficiency through neurofeedback training.
The company, which has received 20,000 orders from a Chinese company, will launch the first product, Focus 1, at CES 2017.

Focus 1 is a wearable headband that can help children and teenagers improve their attention levels with a home-based device through a scientifically-proven method called neurofeedback training. By detecting electrical signals in the brain, the headband is able to display real-time brain activity and utilize that data to help regulate brain function. Users can put on Focus 1, play a training game called Oasis in BrainCo’s mobile application and improve their concentration skills. The product can also convert brainwaves into various commands that control different devices such as lights, prosthetic hands, toys, and appliances.