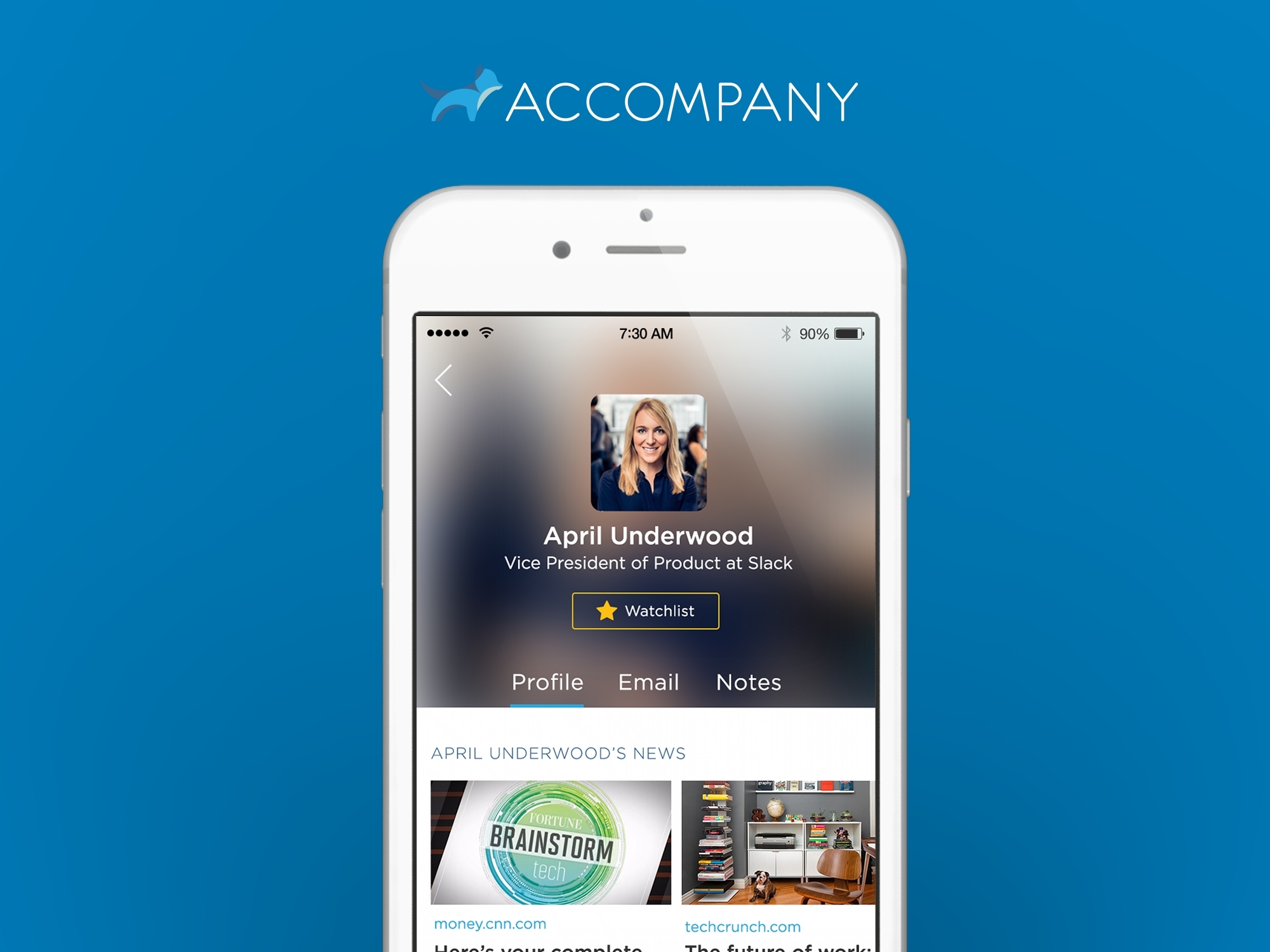 The round was led by Ignition Partners with participation from Charles River Ventures.

The company, which has raised $40.6m to date in total funding, intends to use the funds for the continued development of its data platform and to expand its teams in Los Altos, California, and Portland, Oregon.

Launched in beta in August 2016, Accompany provides professionals with a mobile app, web-based product, and Gmail extension to curate and manage their network and relationships. Tha app integrates with the user’s email, contacts, calendars, and social and professional feeds, and scours publicly available sources to provide briefings on meeting participants, real-time news alerts about contacts and companies, and comprehensive company profiles.

Founded in 2013, the company is led by CEO Amy Chang, who led Google Analytics, CTO Matthias Ruhl, an MIT CS PhD and large-scale systems design expert, and CFO Ryan McDonough, who served as Marc Andreessen’s CFO at Ning and played an instrumental role in the company’s sale.