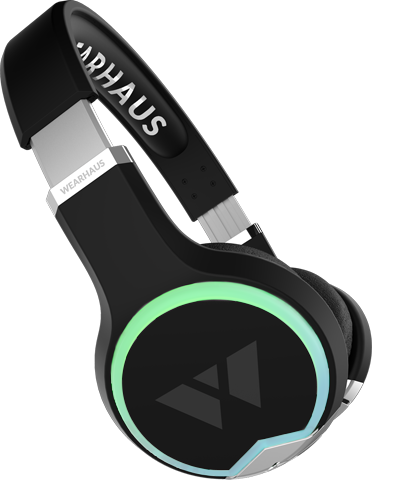 The round was led by Tellus International, with participation from Xiaoxiang Capital and China Southern Media.

The company will use the funds to ramp up production to allow for immediate fulfillment of individual sales and large, soon to be announced retail orders.

Founded by two former UC Berkeley engineering students, Richie Zeng and Nelson Zhang, Wearhaus is also announcing general availability for its flagship Wearhaus Arc headphones, a Bluetooth headset built to let friends listen to music or watch video together, wirelessly and in sync.
The companion iOS and Android apps allow the product to deliver new features and functionality via software and firmware updates. Users also wirelessly control volume, pause, play, and skip songs with swipes and taps on the headset. For users who want to share their music, the product also allows them to broadcast what they are listening to via a public “Station” that enables nearby users to tune in and discover new music.
The Wearhaus Arc, which retails for $199 and is now available for purchase on the company’s website, www.wearhaus.com, also features customizable light rings on both ear cups that adjust via the companion app to create any color or combination of colors.