Business Growth Fund made the investment. Jim Meredith, current Chairman of Augean Plc, a specialist hazardous waste management business, and former CEO of Waste Recycling Group, co-invested alongside BGF and was appointed by RiverRidge as non-exec chairman. Paddy Graham, an investor at BGF, will also join the board of the company.

The company, which also secured a new funding package from Bank of Ireland, intends to use the funds to further develop its existing treatment and operations infrastructure.

Led by Managing Director Brett Ross, RiverRidge is a large independent waste management operator treating over 400,000mt of waste each year on behalf of local authorities, commercial businesses and individual households.
The owners of the company acquired a small skip hire and landfill site in 2011 and since then the business has grown via organic growth and acquisitions into a fully integrated waste management business that employs over 200 people operating out of a number of sites located in Belfast, Coleraine, Derry-Londonderry and Portadown. It was the primary developer of the Full Circle Generation Energy from Waste facility located adjacent to Bombardier’s Wing Facility in Belfast. The £107m project which is nearing completion, was co-financed by Green Investment Bank, Equitix and P3P Partners. 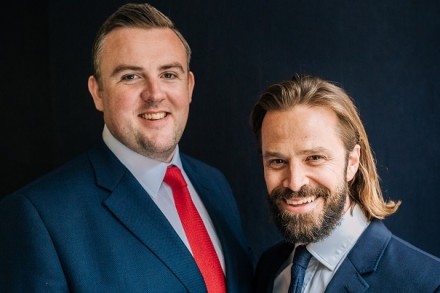