Digi.me, a Tongham, UK-based data platform for consumers to share their personal data with businesses, raised an additional $1m in Series A funding.

Led by founder and chairman Julian Ranger, digi.me is developing a Permissioned Access platform built on its patent-pending technology that will allow users to bring together data from across their lives, including health, financials and give them the option to share it with businesses for personalised services, convenience or reward. The current version of the app, available for PC, Mac, iOS and Android, include universal search across all platforms, daily flashbacks, the ability to create custom collections of content, data export, etc. It gathers pictures and posts from the major social media networks and is distributed in over 140 countries and in 11 languages.

The company is now working on projects with businesses in the health, finance, FMCG and telco sectors and is set up a ‘living lab’ that will be announced later this year. 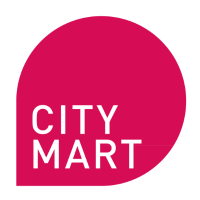