Gianluca Dettori is one of the pioneers of the Italian tech scene. In 1999, he co-founded Vitaminic, a vc-backed digital music startup, which was sold to Buongiorno Spa in 2003. Some years later, he leaped over the barricade and founded its own venture capital advisory firm, dPixel, which managed funds and programs focused on Italian startups, recognized for its itinerant scouting activity conducted via a camper going up and down across the country.
In 2015, he was one of the sharks in the Italian version of the popular format “Shark Tank”.

Today, Bank of Italy-authorized asset management firm Primomiglio Sgr has launched a new €50m fund, Barcamper Ventures, which will invest in approx. 200 startup over the next five years.

FinSMEs: Hi Gianluca, which is the target of the new fund?
Gianluca: Barcamper Ventures is an acceleration fund targeting seed stage startups with the objective to invest anything from acceleration to being lead investor in an A round. It targets tech companies with a broad spectrum.

FinSMEs: Can you tell us a bit more about the fund’s investment stragegy?
Gianluca: We are looking to invest in around 200 startups over the next five years. Our sweetspot is seed stage – let’s say anything below €250k. With the majority of the companies, we will work for some times through our Barcamper acceleration activities.
Geographically, we will invest most of the fund in Italian startups but we also want to invest anywhere in Europe and in the US.
From the sector point of view, we have a broad spectrum within the ICT/tech/digital areas. We believe our opportunities lie on the richness (and diversity) of Italian tech entrepreneurs.

FinSMEs: Beyond capital, how will you try to add value to backed startups?
Gianluca: At seed stage, our support is much more valuable than money itself. Having a 10 year experience in making this kind of operations requiring acceleration services, as well, dPixel has built a dedicated program, the Barcamper, which fits our needs to scale seed stage investments.

FinSMEs: Can you introduce the other key members of the team?
Gianluca: Beyond me, key people at Barcamper Ventures include Franco Gonella and Antonio Concolino. Franco co-founded Vitaminic (and later) dPixel with me. Antonio is a co-founder of dPixel. We’ve been working together in the last ten years. We all come from entrepreneurial experiences from venture backed startups in the tech sector.

FinSMEs: Personally, what do you like (and what don’t you like) to see in startup founders in terms of approach/attitude?
Gianluca: I like entrepreneurs who are really committed to building a company, that’s the attitude I like most. In terms of what I don’t like, I guess too often I see startuppers that think that this is sort of a reality show with it’s own language and don’t know how to interact with an investor.

FinSMEs: In your opinion, which are three tech trends that have the potential to change our life, actually?
Gianluca:
1) Blockchain
2) Digital Fabrication
3) Big Data and Artificial Intelligence 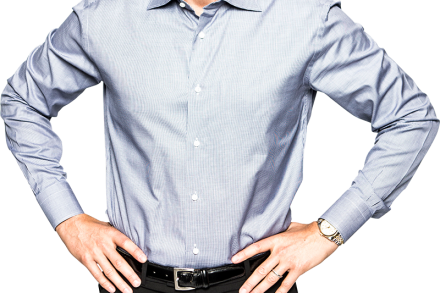 By FinSMEs Published on September 14, 2016
InterviewsUSA