With the deal, which is still subject to customary closing conditions, the investor is acquiring a 40% stake in the company.

The company intends to use the funds for geographical expansion, both in Europe and abroad, as well as launch of new products.

Founded in 2004 by Emile Kuenen and led by managing director Stan Vermeulen, Joolz designs and manufactures premium pushchairs designed to positively accommodate both child and parent ans sells its products through retailers (i.e. specialty chains, boutiques) in 25 countries with leading positions in the Netherlands, Belgium, the DACH-countries, the UK, Ireland, as well as Australia.
The company uses re-usable packaging and every box – from the pushchair as well as every accessory – can be recycled into practical products for children to play with or for decoration in the children’s room (e.g. a lampshade, a bird house or a chair).
Joolz employs about 70 people and realized a turnover of over €23m in 2015. 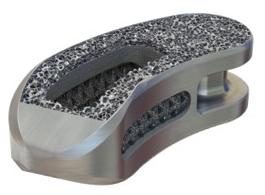