The founders and equity holders of RevZilla Motorsports, LLC, also participated in the deal, whose amount was not disclosed.

Comoto Holdings will have equity investments in both RevZilla and Cycle Gear, Inc., two retailers of apparel, accessories and parts for motorcycle enthusiasts.
Founded in 1974, Cycle Gear is a Benicia, California-based an omni-channel retailer dedicated to motorcycle riders and enthusiasts, operating 113 stores throughout the United States offering third-party brands along with a portfolio of significant proprietary brands including Bilt, Sedici, Street and Steel, Trackside and Stockton Tools. J.W. Childs acquired Cycle Gear in January 2015.
Founded in 2007 by Anthony Bucci, Nick Auger and Matt Kull, RevZilla is a Philadelphia, PA-based an eCommerce retailer that provides motorcycle enthusiasts with premium apparel, accessories, and parts. The company, with more than $100 million in annual sales, also provides Gear Geeks, a technology and media platform, as well as premium editorial content and product reviews.

Joseph M. Fortunato, former CEO and Chairman of GNC, will serve on the Board of Directors of Comoto Holdings as Executive Chairman, alongside several executives from J.W. Childs and two of the RevZilla founders, Anthony Bucci, CEO, and Matt Kull, COO. Mr. Bucci, Mr. Kull, and RevZilla founder Nick Auger will maintain their current executive positions along with the management team at Cycle Gear. 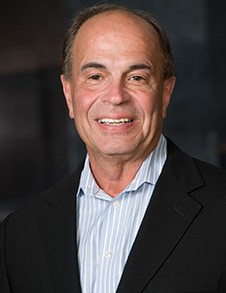