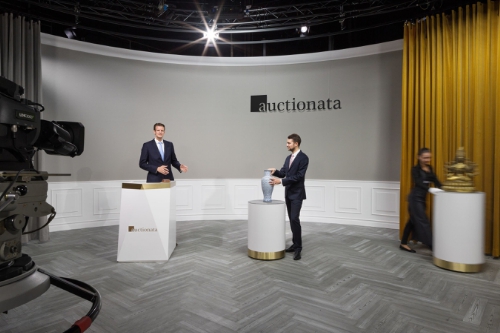 Founded in 2012 by Alexander Zacke, CEO, Auctionata auctions objects from various categories such as contemporary art, fine arts, antiques and collectors’ items, Asian art, watches, wine, vintage luxury goods, and classic cars. It leverages patented technology to broadcast auctions in real-time in streaming to allow interested people worldwide to tune into the hall online and bid live via the website or mobile app.
The company has completed 2015 with a Gross Merchandise Volume of €81m ($90m), an increase of 165% compared to the year before.
Around 76% of the GMV was generated from the livestream auctions, while fixed-price sales contributed 24%. Nearly 80% was realized through the Berlin office, while 20% came from the offices in New York City and in London.
The categories with the strongest turnover were Watches (25%), Classic Cars (23%), and Fine Art (22%), next to Asian Art (14%), Applied Art (12%) and Vintage Luxury Goods such as wine, jewelry and fashion (4%).
Overall, around 16,000 items were sold. The net commission revenue amounted to €21m ($23m), compared to €6 million ($8m) in 2014.