Routific, a Vancouver, Canada based provider of a route optimization solution, raised a seed funding round of undisclosed amount.

The round, which was led by Pallasite Ventures, brought total funding to $1.2m. Other backers in the company include Firestarter Fund.

Led by Founder Marc Kuo, Routific provides a route optimization solution for last-mile delivery fleets which leverages a proprietary algorithm.
The company, which was accelerated within Techstars Chicago, experienced revenue growth of 890%, doubled its number of employees and optimized 5,227,526 routes around the world expanding from 5 cities to 256 cities in 2015.
It also signed its first major enterprise deal with a $600 million e-commerce company. 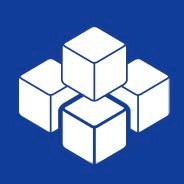