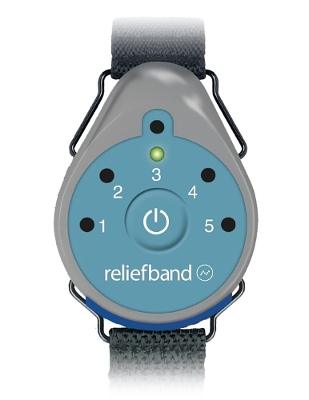 ReliefBand Technologies, a Philadelphia, PA-based provider of therapeutic technology for the treatment of nausea, raised $5m in venture capital funding.

The round was led by PathoCapital.

The company will use the funds for the consumer market introduction of ReliefBand.

Established in July 2015 by Nick Spring, CEO, ReliefBand Technologies is to launch ReliefBand, an FDA cleared wearable device for the drug-free treatment of nausea. The ReliefBand alleviates nausea and vomiting associated with morning and motion sickness and will debut at retail in the first quarter of 2016 following its current beta test.
The technology behind the over the counter product, which uses programmed pulses with specific waveform, frequency, and intensity to stimulate the median nerve on the underside of the wrist, is clinically proven by doctors and hospitals for the treatment of morning sickness, post-operative nausea and sickness caused by therapies such as chemotherapy for nearly twenty years.
It will be available at $89.99.

By FinSMEs Published on May 11, 2011
fundingUSAventure capital