Avalon Ventures and GSK are expandind their collaboration to fund and launch early-stage life science companies in San Diego.

The collaboration is now worth up to a potential additional $60m in combined funding and earn-outs per company.

Under the terms of the collaboration, initially established in April 2013, Avalon and GSK will create and fund additional companies through the development of clinical candidates. Companies will also receive operational support, a fully equipped R&D facility and a leadership team through COI Pharmaceuticals, the Community Of Innovation established by Avalon Ventures.

In addition, Avalon Ventures and GSK have launched the seventh company, Iron Horse Therapeutics, which develops novel treatments for ALS (amyotrophic lateral sclerosis) that modulate the activity of a protein called EphA4. ALS patients with reduced EphA4 expression or activity have less severe disease and live longer. Interfering with EphA4 signaling protects motor neurons from degeneration, and, in ALS animal models, this approach has been shown to prolong survival and decrease disease severity.
Proprietary small molecule inhibitors of EphA4 were identified in the laboratory of Maurizio Pellecchia, Ph.D., Professor of Translational Research at the Sanford Burnham Prebys Medical Discovery Institute. This technology was exclusively licensed from the Sanford Burnham Prebys Medical Discovery Institute to Iron Horse Therapeutics.
As with the other companies founded under the collaboration, Iron Horse will receive up to $10m in Series A financing and R&D support from Avalon and GSK as well as R&D and mentoring support through COI Pharmaceuticals.

Previously, under the deal, Sitari Pharma, Silarus Therapeutics, Thyritope Biosciences, Adrenergics, Inc., Cadherx Therapeutics, and Calporta Therapeutics, were launched.
The collaboration gives GSK the option to acquire each of the companies when a clinical candidate is identified. However, if GSK does not elect to exercise this option, Avalon will retain its ownership in the company, and the company will be free to enter into other strategic transactions. 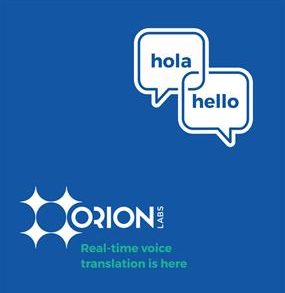