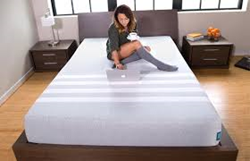 The round was led by TitleCard Capital.

The company will use the funding to continue its growth, through increased marketing in the U.S. and an international expansion, starting with its U.K. launch later this month. A larger Series B round at a higher valuation is also planned to fund plans to open up new sales channels, launch new products and extend the brand into related businesses.

Led by co-founder and chief executive officer David Wolfe, Leesa is an online company that offers direct-ship mattress and a social impact program, Leesa One-Ten. Through this program, it donates one mattress for every ten sold.
Leesa has already committed more than 800 mattresses to shelters, 320 of which will be donated to the Bowery Mission shelters in New York.