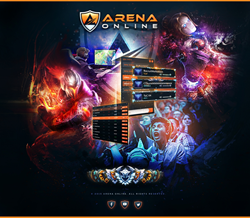 Arena Online, a Houston, TX-based builder of an online platform for competitive eSports tournaments, raised $750k in its first round of funding.

The round was led by business incubator START Houston.

The company is using the funds to build the site.

Led by Alan Hubbard, Arena Online is building an online platform that aims to bring competitive eSports* tournaments to online gamers – beginning with League of Legends by Riot Games.
In addition to the funding, the company has also built an Advisory Board comprising:
Tom LaPlante (LinkedIn)
Jeff Harder (LinkedIn) and
Dai Truong (LinkedIn).

*Electronic Sports (eSports) is a term used for organizing online multiplayer gaming. In 2013, an estimated 71 Million people viewed some form of competitive gaming through online channels.