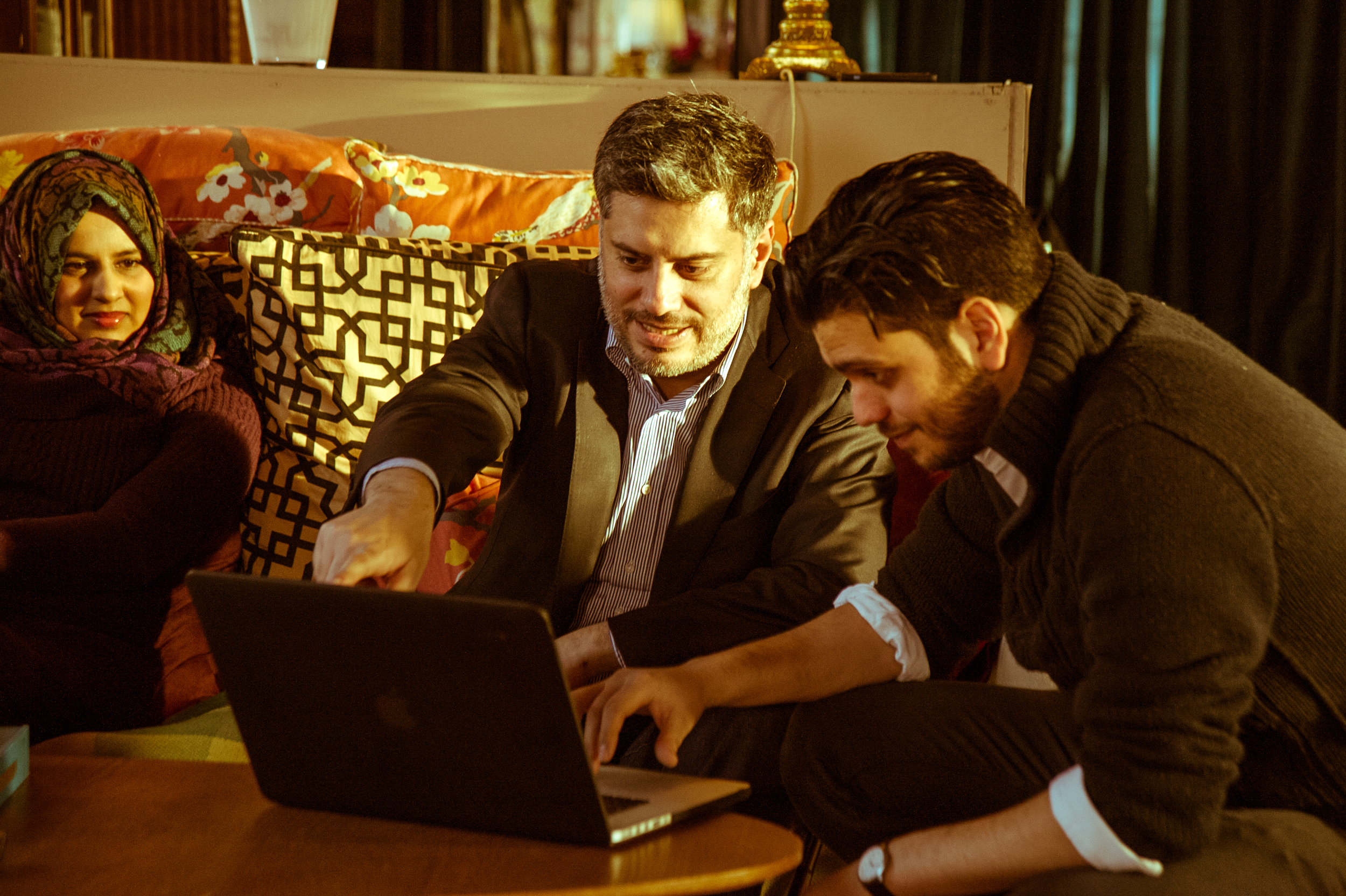 Stefano Tresca (@startupagora) has a lot of masks: as a lawyer, as an entrepreneur, as an advisor, as an investor, as a book author, as a blogger, and trust me….much, much more.

From London, he has just launched Startup Home, a co-housing project dedicated to startups. We met him to speak about the idea, the execution and people behind it.

FinSMEs: Hi Stefano, please can you introduce yourself? What’s your background?
Stefano: My background is a bit unusual even for a startup. I am a programmer who moved to the dark side (I went to law school). If you remember the ’90s, Internet was in its infancy and the only way to surf the web from my country (Italy) was to dial up and pay outrageously expensive international call fees. Or you could hack the system and surf for free. I’m not going to go into detail but recall that I was living on a small scholarship in a big expensive city and do the math. Most of my colleagues were still writing their thesis with paper and pen – Google “correction fluid“ if you are too young to remember and you’ll thank Bill Gates for making Microsoft Word so popular!
I was the weird kid on campus, but eventually this became my passport to success. When I completed my J.D. (law PhD) I was one of the few lawyers in Europe with a tech background. At the time Internet, ecommerce and mobile companies were starting up everywhere. I ended up being employee #8 at Wind, a major Telecom player that raised €1.6 billion and exited at €12.1 billion.
Thanks to this experience I had a chance to work on many startups, moving step by step from law to regulation and lobby and finally – after a master degree – to business. From 1997 to 2010 I worked and traveled in more than 50 countries, and I’m now living in London enjoying the massive growth of the startup community.

FinSMEs: What’s Startup Home? What’s the target of the project?
Stefano: Startup Home is our latest project. The concept is very lean; we want to provide co-housing with a community to startups and young professionals. Housing is a massive issue in every startup city.
In short, Startup Home is a solid and traditional real estate business, with the exciting goal of helping startups and talented people. This is an unstoppable trend. By its own nature, a startup needs the right ecosystem to succeed and founders have to move to the right city to succeed. It’s not just Silicon Valley; new hubs are growing in every nation.
Just to give you an idea. In the UK we have 45k digital jobs being advertised every day, mostly in hubs like London, Manchester, Birmingham, Edinburgh, etc. Last year alone 27% of the new jobs came from tech and startups. The London population is estimated to grow by 25% in 2030. More than 10% of the GDP is produced by tech and startups in the UK and it’s estimated to surpass the GDP produced by the financial services in a couple of years.
Some startups are looking for investors, others are looking for programmers. But everybody needs to eat and sleep somewhere. Because we live in this startup world we know exactly what our people are looking for. For instance, unlike their parents they don’t need a garage because they tend to not have a car, but they appreciate common areas where they can share ideas and human experiences. Many startup founders come from other cities or countries and being part of a community from day one makes a real difference.
Another difference is in the concept of property vs. mobility. They don’t want to buy a house, and the number of digital nomads is growing. Would you like to pay a monthly rent and live anywhere you want in the world? If you need to spend a few days in Singapore for a conference, just fly to the city and take a room in the local Startup House and you’ll find everything you need, from the Wi-Fi to the community. On your way back to London, you could spend two weeks in Startup House Bangalore with your programmers and visit the area. You can enjoy your privacy in your micro-apartment or you can share the common room and make friends and business partners from day one.
The multi-city rent is not something that we are going to provide from the beginning, but the trend is clearly moving into world of digital nomads. In the last 10 years startups have sped up the production process. Now we are going to speed up the networking process, providing a great human experience in the process.

FinSMEs: Which stage are you now?
Stefano: At the most exciting stage: the very beginning. We spent the last few weeks setting up a business model and an initial team. My background as a business lawyer was helpful in setting up full tax exemption (basically you are allowed to pay zero % taxes on rent on this kind of business in the UK).
Team mates with impressive experience in real estate are looking for the right property to become House #1. In the meantime, we’ll probably raise some extra money, although we don’t desperately need it. One of the good points about working with a real estate business is that banks are more willing to lend you money. Working with banks could be a nightmare for startups – I’ve been there so I’m glad that for once I’m on the easier side of the table.

FinSMEs: Can you introduce the other team members?
Stefano: With pleasure. The first person to jump into the project is my friend and colleague Nicolas Steiner, a Swiss born, world traveler, ex surfer and jazz musician (I am not sure he’d want me to share this information but I’ll do it anyway) and now a well respected product developer and angel investor in London.
Kristin Cross is a sustainable architect, real estate investor and is very effective in obtaining city permits. We have two great advisors, John Corey who runs multiple real estate investments from Hawaii to the UK and Simon Thethi, serial entrepreneur, founder of Tech City News and a good friend.

As usual, the startup community tends to help new and visionary projects with a passion. I would like to mention a few particularly active people: Michael Dacosta, Stefano Broli, Antimo Farid and Eleonora Rocca

I would also add Sarah Paul as an honorary member of the team. Sarah heads up the Lounge of our accelerator Level39, an area reserved for mentors and investors with an amazing view of London. Thanks to her we don’t need to find investors or advisors, they find out about our project over a coffee or a drink. It makes it easier to reach our middle term goal of raising a fund of £10 million while we set up House #1 with much less.

If I may add a few extra names, a special mention goes to the initial group of friends who co-invested in the project on the base of a simple six slide presentation and our personal reputation: Daniela De Pasquale, Francesco Inguscio, Roberto Musu and Luciano Quarta. They are the exceptions to the rule. Investors are still cautious in joining early stage projects in Europe. Luckily the rise of the startup ecosystem is changing this risk adverse culture for good.

FinSMEs: Is London the right place to start it?
Stefano: I’d like to reply with a quote from the movie, Slum Dog Millionaire “We live in the center of the center”. The original phrase is about India, but it’s especially applicable to London.
Yes, London is the best place to start any community project. New York and Silicon Valley are multi cultural American cities. Berlin is a fantastic German city with many foreign talents. And so on; every city is more or less international but it belongs to a country. In a way, London doesn’t belong to anybody. Or better – at the risk of using a cliché – London is a unique City of the World. The UK Parliament is here, and so is the Prime Minster. I’ve been to 10 Downing Street and you can feel the great tradition. But when you step out into the city you see a truly global environment.
It’s not just about startups and tech and GDP, there is more. There are historic reasons and cultural reasons. One of the most underestimated reasons for the multicultural success of London is its arbitration center. London is one of the most respected arbitration centers in the world, if not the most respected. Multinational corporations and high net worth individuals come here to settle their disputes. They find a lively scene, culture and fun, business and pleasure and they decide to stay or buy a second house. Eventually their experience and their capital sticks.
Last year in London we had a +40% raise in venture capital, 10 times more than 2010. In our accelerator Level39 many startups raised the largest part of their funds from foreign investors. American of course – this is expected – but also from Russia, China, Australia and almost every other country out there. Even Greece. I remember a sport app on Seedrs – a crowdfunding platform for equity where I’m an investor and regular user – they were financed mostly from Greek investors. Back to London, since I started with a quote from a movie, let me finish with a quote from a song: “If you can make it here you can make it anywhere”. 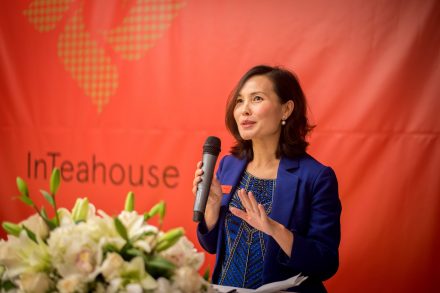 InTeahouse Expands to London to Invest $120M in Fintech, Robotics, and Cleantech