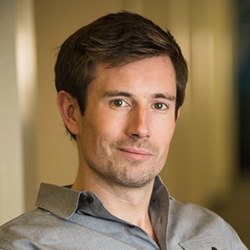 McLoughlin joined SoftTech VC from London-based enterprise content collaboration company Huddle, which he co-founded in 2006. During his eight years at Huddle, he led technology, product, marketing, and strategy in addition to establishing the startup presence in the US. He began angel investing in 2010 and has a portfolio of over 35 pre-seed and seed stage investments, including Postmates, Secret Escapes, Apiary, Tray.io, Buffer, Intercom, and Pipedrive.

As a Venture Partner, McLoughlin will lead investments in startups and use his operating expertise in SaaS/B2B to support backed founders with sales, marketing, product and scaling operations.

SoftTech VC Partner Charles Hudson will be transitioning to a part time role to prepare for the raise of his own fund focusing on the pre-seed investment market.

Founded in 2004 by Jeff Clavier, SoftTech VC has invested in over 160 companies advancing Software As A Service (SaaS) – including mobile infrastructure and services, vertical SaaS and cloud infrastructure, B2C services and connected devices, and marketplaces.
It is now investing its $85m fourth fund, SoftTech VC IV.