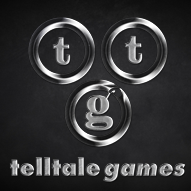 As part of the investment, whose amount was not disclosed, Lionsgate Chief Executive Officer Jon Feltheimer will join Telltale’s Board of Directors.

The investment aims to continue the extension of Lionsgate’s film and television brands into the game space and will bring Lionsgate’s expertise in creating and marketing premium content to Telltale’s narrative-driven, storytelling approach to gaming. The collaboration will also enable the two companies to explore opportunities to co-develop existing and original IP into episodic games and television.

Led by CEO Kevin Bruner, Telltale is an independent developer and publisher of games and a fully licensed third party publisher on consoles from Microsoft, Sony, and Nintendo, and also publishes games on the PC, Mac, iOS, and Android-based platforms. It has developed narrative-driven episodic games including The Walking Dead, Game of Thrones, The Wolf Among Us, and Tales from the Borderlands.