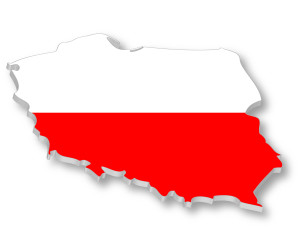 This article is the first in our series detailing the current investment ecosystem in Poland. Throughout the series, we will take a look at venture capital funds and business angels, accelerators and incubators, as well as co-working spaces and other institutions developed to help Polish start-ups and e-businesses take off.

To understand the current investment climate in Poland, it’s necessary to go back a couple of decades, to the mid-1990s. This was the start of the Internet boom in Poland (and around much of the world), and several huge companies came out of that era, including Onet.pl, the Polish equivalent of Yahoo!, Wirtualna Polska, a similar site to Onet, Interia.pl, one of the first Polish search engines, and Allegro, the Polish version of eBay. These companies are still around today, and some of their co-founders have gone on to become investors in today’s new online businesses.

Following this initial boom and the Dotcom Crash of the early 2000s, things settled down for a few years, without much innovation. Slowly, however, new companies began to spring up, but almost all of them were focused on the Polish market. Then something interesting happened about four years ago: Poland began to develop a true start-up community, one that started thinking globally.

This is where we find ourselves now, with growing start-up communities in most of the major Polish cities, and several Polish start-ups beginning to make names (and money) for themselves abroad. Of course, many have been helped thanks to various types of funding available to them, including the venture capital (VC) funds and business angels who also arose around this time.

To get more perspective on the venture capital landscape in Poland, I spoke with Piotr Wilam, an entrepreneur turned investor best known for co-founding the Internet giant Onet in the late 1990s.

Following his early success, Piotr began investing in start-ups as a business angel in the late 2000s. In 2010, he co-founded Innovation Nest, one of the most innovative and successful Polish venture capital funds and accelerators, which is based in Krakow. I spoke with Piotr to find out more about the Polish investment ecosystem and its main backers.

Poland has two main centers of start-ups and investing, and several smaller ones. The largest ones are Warsaw and Krakow, and despite the difference in population between the two cities, their communities are similar in size.

According to Piotr Wilam, “Krakow is much more compact and much more networked, so the number of relationships between people is bigger. The leaders in this community in Krakow really support each other, so there is something really interesting going on.”

This sense of community and networking is crucial when it comes to finding financial resources for young companies and e-businesses, as well as for investors to decide what kinds of companies they want to back financially.

Both cities are the headquarters of several VC funds, though Warsaw tends to be the center for those seeking to back much larger e-business and technology companies. According to Piotr, “in general, in Warsaw people are a bit more business-oriented, while Krakow is more technology-centered.”

In addition to the two largest Polish cities mentioned above, Poznań, Wrocław and the Tri-city area of Gdańsk, Gdynia and Sopot are also home to a handful of technology and e-business start-ups as well as venture funds, though these centers are much smaller at the moment.

How do these Polish centers of technology and capital compare to Silicon Valley? According to Piotr, “some things are different in Silicon Valley and will always be – the amount of capital available, the amount of people on the market, the size of the community, the experience that is in this community – you cannot compare it. It is completely different. But because it is much bigger, the whole process takes place in a very different way.”

The types of venture capital funds and groups vary widely in Poland. Some focus on early-stage start-ups with little or no previous funding, while others only accept established companies into their portfolios. Some VCs are open to all industries, while others focus on specific ones such as SaaS (Software as a Service), hardware or medicine. Below we’ve listed some of the most prominent VC firms in the country.

• Black Pearls: Based out of Gdańsk, this fund supports Polish companies throughout the country and has a board of experienced business angels.

• Enterprise Investors: This fund has been around since 1990 and invests in larger companies throughout Central and Eastern Europe, such as the Dino chain of supermarkets, Harper Hygienics or Wento, which builds wind farms in Poland. Based on Warsaw.

• Giza Polish Ventures: This Warsaw-based pioneering VC fund invests in technology based companies that have a focus on the global market. It’s a branch of the larger Israeli Giza Venture Capital Fund. Its portfolio is quite large and impressive, including biotechnology companies IntelliDx and UltraSPECT or e-businesses such as Audioteka and Vivid Games.

• Heyka Capital Markets Group (HCM): Founded by Anna Hejka, this group funds a variety of ventures using private equity, public equity or bank financing. It was the first institution of its kind in Poland and focuses on established companies interested in rapid development.

• InnoFund: Based out of the eastern city of Rzeszów, this fund invests in young people and companies and is a project by the Centre for the Transfer of Innovation and Entrepreneurship of the University of Information Technology and Management in Rzeszów under the Innovative Economy Operational Programme. One of their portfolio investments is CrowdAngels, which is a crowdfunding platform that allows anyone to become an angel investor.

• IQ Partners: This early stage and seed fund has a large portfolio of mostly Poland-focused start-ups and e-business companies, including InventIQ, Giftbox, Bookline and No Noobs. It is listed on the Warsaw Stock Exchange, and based out of the capital city.

• MCI Management: This is one of the biggest Polish funds, and actually comprises several funds in various industries such as cloud computing, digital media, Internet, software, mobile and wireless technologies. It is based in Warsaw and generally chooses larger, established companies to invest in. Its team includes Tomasz Czechowicz, Cezary Smorszczewski and Ewa Ogryczak and some of their successfully funded companies include the huge portal Wirtualna Polska as well as telecommunications operator Netia.

• Online Venture: This Gdańsk-based fund focuses on e-businesses not only in Poland but throughout the Central and Eastern Europe region. Their portfolio includes mobile gaming platform Playdingo and Gifty, a platform for sending gifts to your friends via SMS.

• Protos VC: This venture fund is backed by experienced entrepreneurs and has some of the most promising young start-ups in their current portfolio, including Positionly, which helps e-businesses figure out analytics, fashion brand Mustache and online shopping platform Shoplo. Based in Warsaw.

• RTAventures: This fund is targeted primarily at the medical and healthcare industry and innovative companies within it, and has funded such projects as DocPlanner, which helps you book an online doctor appointment, as well as inFakt, an SaaS startup that helps people start a small business in Poland.

• Satus Venture: This fund is also a network of incubators and has backing from public as well as private funds. Its board members include Krzysztof Bełech and Mariusz Borowiec, and its investments include such companies as Biogenetica International Laboratories, Freeky Games and Dr Omnibus. Based in Krakow.

• Speedup: This fund was co-founded by serial entrepreneur Bartek Gola and operates four different funds in various areas of technology. It has backed such projects as Full of Fashion, IC Solutions and Internet of Things innovator Ifinity. Based in Poznań.

• WSI Capital: This Warsaw-based fund is one of the larger ones investing in Polish companies, and funds start-ups throughout the country, such as NuMed, film studio D35 and Sports Hospitality & Hello Vending.

• Xevin: Xevin is one of the larger Polish funds, and they generally support larger companies that need substantial financing but have already been on the market for some time. Its portfolio includes SendSpace.pl, Semtec SEO, social media platform Grono.net and B2B Partner.

Many of these venture capital and seed funds are partially funded by the National Capital Fund (PL: Krajowy Fundusz Kapitałowy or KFK), which means they are public-private – usually 50% private financing, and 50% of financing coming from a fund of funds from the KFK.

If you want to see an updated list of all of the current venture capital funds in Poland, you can visit the website of the Polish Private Equity Association (PL: Polskie Stowarzyszenie Inwestorów Kapitałowych or PSIK).

In addition to venture capital funds, which are typically groups of investors who raise and invest other people’s money, there are business angels, typically successful entrepreneurs or businesspeople themselves, who put their own money into promising start-ups. Business angels can invest individually or as part of a network, such as the Lewiatan Business Angels network, Łowcy Biznesu, Progress Holding and Symultana. Some of the top angel investors who support Polish technology and e-business companies include CandO Capital (Andrzej Chomont and Kamil Olejniczak) as well as private entrepreneurs such as Richard Lucas, Rafał Han, Ramon Tancino, Michał Brański, Łukasz Wejchert and others.

So you want to invest in Polish companies?

Where do you start? One (generally safer) option is to invest in a fund of funds, such as the mentioned KFK or MCI Management fund. You can also apply to join one of the funds mentioned above.

Most people who start or join venture funds or become angel investors are entrepreneurs themselves, and have some idea of what it takes to build a successful company. They often act as mentors to young companies, guiding them as they grow and providing helpful advice as well as networking connections that the company might need to break into a given industry. This all requires a commitment of time and knowledge, as well as a significant network, and many times it starts with being an active member of a local startup ecosystem.