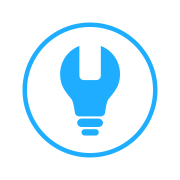 The acquisition is expected to consolidate the development of new generation apps under AB engine, the newly launched brand of AppsBuilder.

Founded in 2009 by Gionata Mettifogo and Mario Mariani nel 2009, Paperlit provides publishers with a platform to build, promote, and monetize multi-channel apps, bring their magazines to smartphone and access to analytics platform. It has powered more than 100 smartphone, tablet and web apps for Disney, Ferrari, Hearst Magazines, RCS and Condé Nast, among others.

Led by Daniele Pelleri, Co-founder and CEO, AppsBuilder recently launched a new brand, AB connect, which provides large companies with an API solution to create native apps, based on the same system behind AppsBuilder and Paperlit. It is backed by vcs including United Ventures and Vertis Venture.