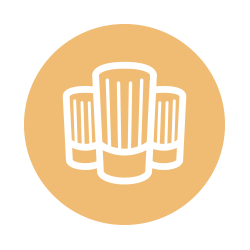 The company, which has now raised 2.2m in total, will use the funds to build up its development and marketing teams, expand sales and marketing efforts and continue to grow internationally.

Launched in Paris in 2013 by CEO Stephen Leguillon and COO Giorgio Riccò, La Belle Assiette is a marketplace for private chefs. The company selects professional cooks, who prepare and serve meals in members’ home. The average booking is for 6 people at $55 (€45) per head. The service includes ingredients, a professional chef cooking, plated service and the chef cleaning up before leaving. The platform, which is active in France, in Belgium, Switzerland, Luxembourg and the UK, has now validated over 350 chefs. A new product is to be announced in November 2014.