According to the company’s blog, Crowdcube, an Exeter, UK-based investment crowdfunding platform, raised £5m in Series B funding.

The round was led by Balderton Capital (£3.8) while the company will complete its round by offering a £1.2m on its own crowdfunding platform, which opens at midday on Tuesday 22 July. In conjunction with the investment, Tim Bunting from Balderton Capital will join Crowdcube’s board.

The company intends to use the funds to further expand its operations in the UK and internationally. It plans to double its team to 50 as well as open new offices in London and Scotland, while expanding its head office in Exeter. Crowdcube is also continuing to expand internationally beyond Brazil, Sweden, Dubai, Poland, Italy, Spain and New Zealand.

Co founded in 2011 by Darren Westlake, CEO, and Luke Lang, CMO (read my interview with Luke in 2013 here), Crowdcube, named one of the hottest FinTech firms in Europe in 2013, Crowdcube has raised over £30m for more than 130 startup, early stage and growth businesses.
Crowdcube had crowdfunded two previous rounds on its own website raising £320k in 2011 (read here) and £1.5m in 2013 (read here). It recently (January 2014) launched the first managed venture fund for crowdfunded equity investments and (in June 2014) a Mini Bond product. 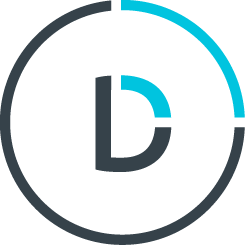 Red Advertising Raises £180K in its Third Round of Equity Crowdfunding