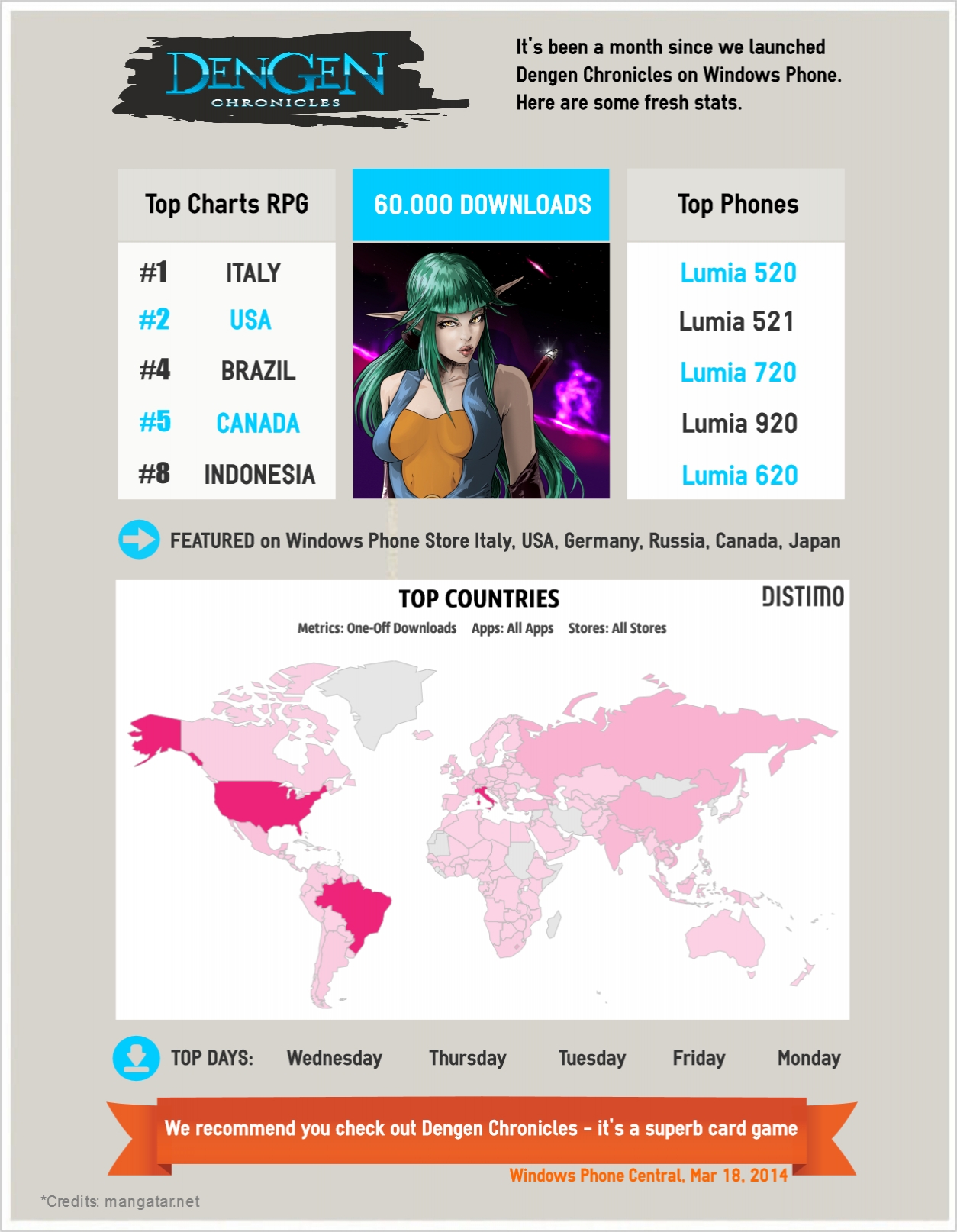 According to company’s blog post, Dengen Chronicles (click here to download the free app), their Manga game, has reached 60k downloads in just the first month following the launch on Windows Phone.

According to an infographics, the app has been mainly downloaded from Italy, USA, Brazil, Canada and Indonesia.

A great success for the company led by Andrea Postiglione, Raffaele Gaito and Enrico Rossomando, and backed by DPixel, which is now focusing on Dengen Chronicles, a card game located in the Manga universe, which includes both TCG and RPG elements. It allows players to customize warriors and challenge either real opponents or the computer and gain coins and experience points.

By FinSMEs Published on October 29, 2015
ItalyStart Up