Backers included existing investor Imperial Innovations (which provided £2.1m and now has a 48.3% stake in the company) and new investor Jetstream Capital. In conjunction with the funding, Jetstream Capital founder Joel Dobberpuhl joined Econic Technologies’s board of directors alongside Innovations Director Kelsey Lynn.

The company intends to use the funds to further the testing and scale up its catalyst technology for commercialization of polyurethane polyols and long-chain polymers.

Founded in 2011 to commercialize the research of Professor Charlotte Williams and her group at Imperial College London, Econic Technologies develops new catalytic processes for manufacturing polymers using waste CO2 as a feedstock. The use of CO2 to replace conventional petrochemical-based feedstocks enables a significant cost reduction for certain polymer manufacturers. The resulting polycarbonates can be used in a variety of applications including the production of polyurethane – a market which includes products such as foams, plastics and polyesters.
The company is led by Executive Chairman David Morgan. 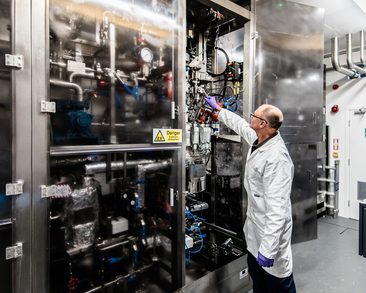