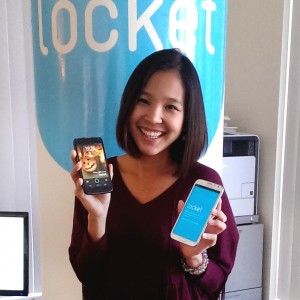 Locket, a NYC-based provider of an Android application that brings content to smartphone lock screens, received an investment from Tyra Banks.

Led by CEO Yunha Kim (read my recent interview with her here), Locket has launched what they call “First Glance Advertising” via an Android application that delivers advertising on smartphone lock screens, and rewards users for using their phone.
According to Kim, Banks’ involvement and expertise will help navigate the media landscape.

In just a few months, Locket has reached 350,000 users, serving over 10 million impressions every day. It recently launched a software development kit that allows app developers to publish their content on their users’ lock screens. App developers in various verticals, including sports, entertainment and lifestyle can use the lock screen as real estate to display visually appealing content and re-engage users.

The company had previously raised $500k in funding from Great Oaks VC and some undisclosed angel investors.