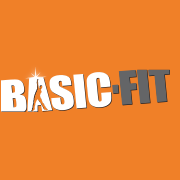 Basic-Fit, a Hoofddorp, The Netherlands-based discount fitness operator, has received a €110m (approximately £93m) investment from 3i Group plc.

3i invested alongside co-founder and CEO Rene Moos, who will remain a shareholder in the company whose enterprise value is approximately €275m. In partnership with management, they will support the further domestic and international rollout.
3i has also introduced Ronald van der Vis as chairman of the Board. Pieter de Jong, Managing Director 3i Benelux, Robert Van Goethem, Partner, and Boris Kawohl, Director, will join the board from 3i.

Established in 2003, Basic-Fit operates 200 discount gyms across the Netherlands, Belgium, Spain and France, with a total of half a million members. In both The Netherlands and Belgium, Basic-Fit is the market leader with 95 and 79 clubs respectively. In addition, the it has 17 clubs in Spain and 9 in France.