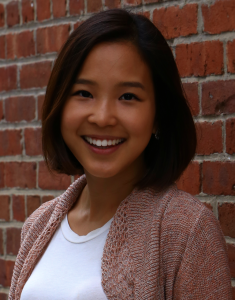 Yunha Kim is one of the co-founders of Locket, a NYC-based mobile advertising startup backed by Great Oaks VC. They just launched an Android application that delivers ads on smartphone lock screen and pays users for unlocking their phone. She shared with us the behind stories on what it’s like to be working at a “ramen-startup” as a female entrepreneur living and working with four other guys, three dogs and a hamster in a two bedroom apartment in mid-town Manhattan.

FinSMEs: Hi Yunha, nice to meet you. Can you tell me something about you?
Yunha: Yes. I graduated from Duke two years ago. After graduating I joined Jeffreys as an investment banking analyst. After some time I decided to leave and start a startup. I did it in March 2013 with Locket. 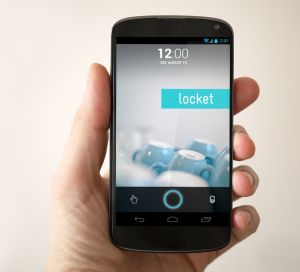 FinSMEs: What’s Locket?
Yunha: Locket is a mobile advertising startup. We are creating a new category in advertising called (first glance advertising). Whenever you wake up your phone, you see the Android default lock screen and for us those glances matter. You think that we glance at our phones, on average, 150 times per day, which has to be multiplied per 71 million android users, only in the USA, resulting in 10.7 billion glances per day on your (Android) lock screen. Our startup is leveraging those glances and we are building an app which delivers an ad on your lock screen. Users have the option to either ignore it or learn more about it. Either way, they get paid and accumulate up to hundreds of dollars per year, this depending on how often they check their phone.

FinSMEs: What’s the business model?
Yunha: We are paid by advertisers based on CPM model and we share revenue with users. The big difference with other apps is that Locket gives (for the first time ever) a real benefit to users for their ad glances.

FinSMEs: Do you plan to release a iOS version of our app?
Yunha: Yes, we are working on it. We plan to launch it at the beginning of the next year.

FinSMEs: What about the team?
Yunha: We are funded by VCs. A lot of time backed startups start paying themselves and move to huge offices but we want to make sure we invest all of the funds in the business and none of us is getting paid. To minimize costs we are working and living in a two bedroom apartment in mid-town Manhattan. We work from 9am to 4pm every single day. So far, we are all very passionate on what we are doing.

FinSMEs: Can you introduce the other members of the team?
Yunha: Paul Jang, the second co-founder, is leading the product and development team. Christopher Crawford, the third co-founder, has an advertising background with experiences in Titan and Acquity Group. Kaushik Pendurthi, our tech lead, a true hacker, he won a global championship in coding, he is phenomenal. Then we have Jacob Duron, a developer, and Hanna Xu, a designer.
So we cook, work, and live in the office. We also have three dogs (a pomeranian, a pomeranian chihuahua mix, a mini husky) walking around while we are working and one hamster. They help us to release the stress. 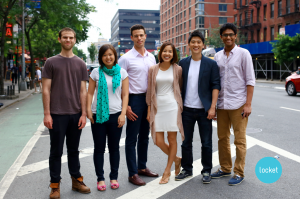 FinSMEs: What about the funding? Was it difficult to close the deal?
Yunha: We are backed by $500k in funding from Great Oaks VC and some undisclosed angel investors. After launching in March 2013, we did a pitch, our first ever, and some hours later we received a call from the investors who would have liked to invest. We accepted and closed the deal in three days. This helped us focus on the idea and the product and grow fast without worrying about money.

FinSMEs: Are investors supportive?
Yunha: Yes, they are. Everytime we ask questions about the business, from users involved to partnership opportunities, they have always helped us. We are really glad to have them with us.

FinSMEs: Do you plan to raise additional funding?
Yunha: We need to grow fast and are now focused on scaling up but we plan to raise another round soon.

FinSMEs: What’s your future plans?
Yunha: Our goal is to get as many users as possible, then make sure that they are getting the right ads and enjoy the platform, that the concept is validated, expand to iphone and different markets as well.

FinSMEs:  What about the NYC startup scene?
Yunha: Given my experience, in New York many people are interested in startups and investors are very focused on profits. It is challenging environment but not startup friendly, even an office is hard to get, everything is so “pricey”. Anyways, in my opinion, it is good to be here, especially for Hi-Tech startups. In our case, advertising  agencies are a few miles away from where we are so it’s easy to go to their offices. In addition, there are a lot of events, pitch sessions and meetups everyday.

Interview with Richard Warke, Founder and Chairman of Augusta Group of Companies