Cashkaro, a Gurgaon, India-based platform that enables Indian shoppers to get all discounts in one place, raised $750k in funding.

Backers included a group of angel investors from companies like Investec, Gumtree, Paypal, etc. Doug Scott who owns ASAP Ventures, joined the company both as an investor and advisor.

The company intends to use the funds to further strengthen its market position in India. 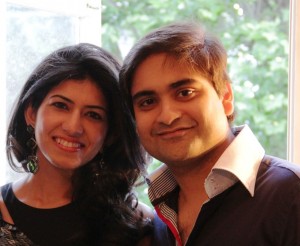 Led by husband-wife duo Rohan & Swati Bhargava, Cashkaro provides members with the opportunity to get offers in the form of Cashback & Coupon codes and combine these with the existing sales and promotions retailers might be running on their sites.
The company works with established and upcoming brands including Flipkart, Babyoye, First Cry, makemytrip, Pizza Hut, Tradus, Goibibo, Mericar, Foodpanda, etc., and is launching offers in Delhi and Mumbai at restaurants such as Nirula, Subway, Dominos, Olive, Monk at Galaxy, Veda, Smoke House Deli & more.
Formally launched in India in April 2013, the service has just been launched by UK based Pouring Pounds Ltd, who run various cashback websites in the UK.