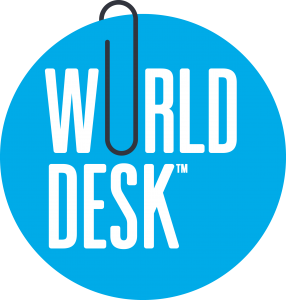 Led by Stevie Morrow, CEO, and Jonathan Chesney, Product Manager, WorldDesk provides a desktop virtualization platform, which allows users to access their personalized desktop – including all their files, settings and their applications – on any machine. Users can store and carry this desktop around on any device, from a simple USB drive to a smartphone or iPod. The solution also enables desktop delivery and storage via the Cloud following collaborations with Box and Dropbox.
The company has just released WorldDesk for You (Version 2.2.0), which is focused around a new user interface design and enhanced performance.