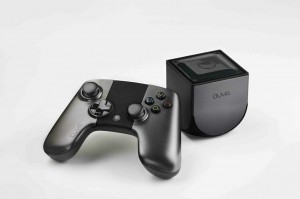 OUYA, a San Francisco, CA-based developer of a new game console for the TV, raised $15m in funding.

The round was led by Kleiner Perkins Caufield & Byers, with participation from Mayfield Fund, NVIDIA, Shasta Ventures, and Occam Partners. Kleiner’s General Partner Bing Gordon will join OUYA’s board, in conjunction with the funding.

The company, which had already raised $8.6m on Kickstarter (read here), intends to use the capital to support its game development community, and for the upcoming retail launch.

Created in 2012 by Julie Uhrman, CEO, OUYA is building a video game console for the TV that brings together an open development experience – where any creator can publish a game to the TV – with an accessible console at $99 where games are free to try.
More than 12,000 game creators worldwide have registered to make an OUYA game, including Square Enix, Inc., Double Fine Productions, Tripwire Interactive, Vlambeer, Kim Swift ‘s Airtight Games, Mighty Rabbit Studios, nWay, Polytron Corporation, among others.
The platform is built on an open OS with a custom interface and store and games are organized by player engagement (and not by revenue or downloads).
OUYA is currently available for pre-order at retailers in the U.S., U.K. and Canada, and will be physically available on June 25, 2013 through retailers Amazon, Best Buy, GAME, GameStop, and Target, and on OUYA.tv (for $99.99 while additional controllers will retail for $49.99).