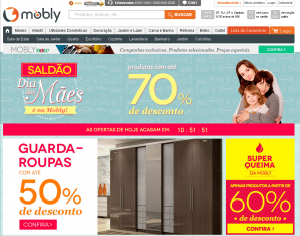 The backer was The Cisneros Group of Companies, which invested in the company via its Cisneros Interactive Group (CIG). According to a written statement, the total round could top $20m in a year.

The company intends to use the funds to expand throughout Latin America.

Led by co-presidents Victor Noda, Marcelo Marques and Mario Fernandes. Mobly was Launched in Brazil just over 18 months ago. Today, it has a catalogue exceeding 45,000 products and closed its first fiscal year with a total revenue of $180m in sales.
The company is part of Rocket Internet‘s corporate portfolio.