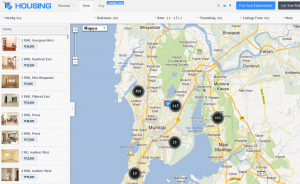 The company intends to use the capital to expand operations.

Led by a team from IIT Mumbay, Housing.co.in is a map-based real estate search portal. It features a large number of flats directly held by owners, accurate pictures and data at the user disposal. It is available  on the web, mobile, and for Android and iOS.