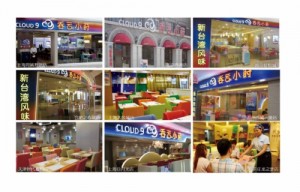 YPX Cayman Holdings Co., Ltd., Shanghai, China-based company that focuses on the management of casual Food and Beverage chain in China, closed its US$11.5m third round of funding.

The round was led by LionRock Capital, with participation from existing investors Qiming Venture Partners and Ignition Capital.

The company intends to use the funding to open additional stores within the Eastern and Northern parts of China ans build a large fast casual food and beverage (F&B) chain platform.

Led by Founder and CEO Chris Tay, YPX Cayman operates CLOUD 9, its first brand, which mainly focuses on the casual F&B and snacks segment. Following the opening of its first store in Dec 2010, the company has expanded its operational infrastructure, IT systems and human resources. By end of 2012, YPX will have 30 Cloud 9 stores in Shanghai, Hangzhou, Nanjing, Changzhou, Hefei, Beijing and Tianjin. It also aims to open at least another 90 stores throughout China, and become one of the fastest growing quick service restaurant brands in China.