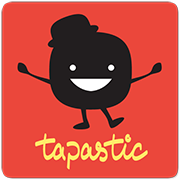 The investment was led by SK Planet, a wholly-owned subsidiary of South Korea’s telecommunications company SK Telecom, with participation from 500 Startups, Strong Ventures, and other angel investors.

Founded in 2012 by CEO Chang Kim and inspired by the Korean web phenomenon “Webtoons”, a portal for serialized webcomics, Tapas Media has launched in beta offers Tapastic, a portal which works with artists and writers to create and share original stories in bite-sized, graphical formats optimized for web and mobile consumption. The company, which also offers an open platform for independent artists and writers to publish and distribute their works, plans to introduce a revenue-sharing program for content contributors.
Tapastic currently features more than 50 serialized visual stories covering action, comedy, drama, fantasy and lifestyle genres. New episodes are released on a set schedule, usually on a weekly basis.
It is available on the Web at Tapastic.com and as a free Android app, available today from Google Play. The iOS app will be available soon.