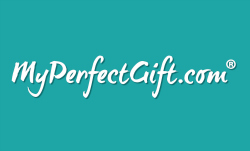 Following several months in beta the company created by Teri Freeman is now launching its a free online universal gift registry that allows users to add gifts of any kind to their personal wish list, including online retailers and brick and mortar stores.
Members can also share their wish lists with friends on social networks such as Facebook, Twitter and Pinterest.
MyPerfectGift.com says it also works with celebrities and charities to support causes.