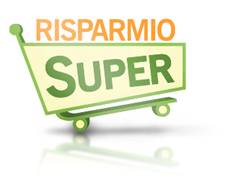 Risparmio Super, a Catania, Italy-based online startup that allows users to compare grocery store prices in real time, has raised an additional €467k in the first tranche of its second round of funding.

Risparmio Super, which already raised €550k in the last quarter of 2011 (read here) is now in the process of raising a €533k second tranche.

Founded by Barbara Labate and Zion Nahum, the company operates Risparmiosuper.it, which finds for consumers the cheapest supermarket in their neighborhood according to their shopping list and gives companies access to real-time analytics on competitors’ prices and consumers’ behavior.
RisparmioSuper won the Shared Deals Competition, which took place in Moscow in May 2012 during the 12th EBAN Congress.

What’s More Alive Than You Raises €1.1M in First Funding

By FinSMEs Published on October 8, 2012
Italy