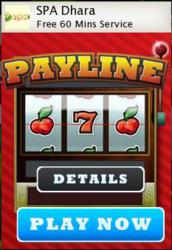 Dobango, a Sunnyvale, CA –based social gaming company, has received an undisclosed amount of seed funding.

The start up, which is coming out of stealth mode having completed its beta phase, launched its service where users engage with the merchant by playing 30-second games in a virtual tournament. Winners receive prizes and exclusive discounts which drives online traffic to merchant stores.

Led by CEO and co-founder Dev Gandhi, Dobango launched its social gaming beta service in July 2011 and has signed up more than 200 retail establishments and restaurants such as the Gordon Biersch Brewing Company of San Jose, CA, and BlueLight Cinemas in Cupertino, California.
The company’s virtual tournament and casino-style games are available on Facebook, iPhone, Android phones and the Web.