San Francisco, CA-based Attachments.me provides software that allows users to better manage their email attachments, has already raised $2.5m in funding. CEO Jesse Miller, who founded the startup in 2011 along with CTO Benjamin Coe, accepted to talk with us about the company, the solution they offer, and future plans.

FinSMEs: Hello, Jesse, thank you for joining us. First, can you tell us a something about attachment.me? How did you come up with the idea of creating the company?
Jesse: The idea originally came about when our friend, Joe Stump, built a small prototype that pulled all the attachments out of a Gmail account. Ben and I quickly started iterating on that idea, working with original beta users to get feedback. Continued iterations and feedback are what brought us to what we have now.

FinSMEs: How does the solution work?
Jesse: The product lets you connect your Gmail account, from either a Chrome extension or an iPhone application. It indexes all of the attachments in your email, creating a full-text search index of the contents of the documents. We then allow our users to connect their Dropbox or Box accounts. This allows them to setup automatic filing rules. These rules can be as vague as “send all photos to a Dropbox folder called /photos”, or as fine grained as “send all documents received from [email protected] to a Box folder called /financials”.

FinSMEs: What?s your business model?
Jesse: Currently it is still free, but eventually it will be a usage based freemium model.

FinSMEs: Could you tell us a bit more about the features that differentiate the service from competitors?
Jesse: No one is doing this deep of an email integration with the cloud-storage solutions. The technology we have built out around scanning emails and indexing attachments is incredible, and will allow us to create a lot of great productivity improvements for our users.

FinSMEs: Could you introduce us the other team members?

Jesse: My cofounder is Benjamin Coe, who holds a masters in natural language processing. He has really taken on scaling out our email scanning and indexing technology. We also have Michael Risse and Dan Reed with us, who are both incredible developers.

FinSMEs: Why did you start thinking about raising capital?
Jesse: The usage numbers we started seeing with our Chrome extension and the new automatic filing rules made us believe we have really hit on something and it was time to start moving faster on customer feedback.

FinSMEs: Today, many tech companies try to raise venture capital, I know that this is not easy. What did you do to reach this target? Was it easy to close the deal?
Jesse: When we were going to raise our first seed round last year, we luckily got introduced to Foundry Group. There was instantly a good connection between us and Foundry Group. It was one of those pitches where you can tell everyone is nodding and seeing the vision. That relationship has only gotten better, to the point that I consider Jason Mendelson (Foundry Group’s managing director on our board) a mentor and a personal friend. We’ve been very transparent with our progress from the seed round, so getting Foundry Group on board for our series A was easy.

FinSMEs: Who are the investors?
Jesse: Foundry Group (http://foundrygroup.com/) are some of the top rated venture capitalists in the USA (see http://thefunded.com/ for proof). They are based out of Boulder, CO and are a group of very real, honest, good guys who have had some huge successes, like Zynga for example. They are very forward thinking, as can be seen with their recent investment in MakerBot.

FinSMEs: How are you using the capital?
Jesse: We’re hiring some more great talent to keep building out our technology.

FinSMEs: Do you already plan to raise an additional round?
Jesse: No, no plans right now. 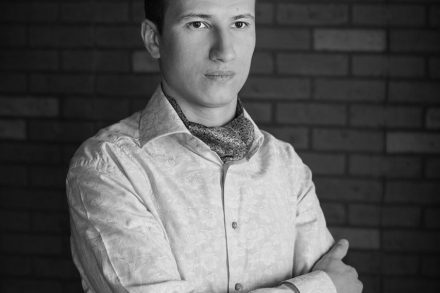