Oblong Industries, a Los Angeles, CA-based provider of innovative technologies and known for being the basis for the computers depicted in the film Minority Report®, has raised a Series B funding of undisclosed amount.

The round was led by existing investor the Foundry Group, with participation from new investors Morgan Stanley Alternative Investment Partners and Energy Technology Ventures — a GE-NRG Energy-ConocoPhillips venture.

The company intends to use the funding to accelerate its growth, further extend its technology leadership position, and expand its market.

Oblong Industries, which has roots in more than two decades of research at the MIT Media Lab, provides Fortune 50 enterprise customers, reseller partners, and academic and research institutions with two products:
– the g-speak™ spatial operating system, and
– the Mezzanine™ collaboration appliance.

Oblong’s g-speak™ spatial operating system provides data visualization, analytics, and integration capabilities across multiple computers, screens, and applications. The g-speak environment supports many different kinds of computing and input devices, from desktops and laptops to mobile devices, from large-screen “mission control” centers to walk-up information kiosks. Oblong pioneered the development of gestural interfaces and continues to ship the world’s most scalable and accurate system for interactive hand and object tracking.

Oblong’s Mezzanine™ product, built on the g-speak platform, introduces next-generation, real-time collaboration with integrated telepresence. Mezzanine allows any user on an enterprise network to share content and applications with any colleague, any where in the world, dynamically and interactively.

Video of Oblong’s products is available at the company’s website: http://www.oblong.com/.

“We believe Oblong’s spatial operating system is revolutionizing the way people interact with their computers,” said Jamey Sperans, Managing Director, Morgan Stanley Alternative Investment Partners. “We are delighted to be partnering with Oblong’s team of visionaries in pursuing the multiple market opportunities for this transformative technology.”

Oblong’s technology research began over two decades ago at the MIT Media Lab. Today, the team is comprised of developers and engineers formerly with companies including Apple, Google, Pixar, Microsoft, Accenture and Walt Disney Imagineering.

Kwindla Hultman Kramer, Oblong’s Chief Executive Officer, commented, “We founded Oblong because we want to make computers better, smarter, and easier to use. We’re proud of the multi-user, multi-screen, multi-device spatial operating environment we’re supplying to partners like Boeing, SAP, and GE Digital Energy. And we look forward to taking that platform to broader markets in 2012.”

“We seek to invest in brilliant innovations that solve real problems with a talented team that can execute. We found that in Oblong. Their groundbreaking technology has the potential to fundamentally change how we interact with and act on data,” said Kevin Skillern, GE Energy Financial Services’ Managing Director of venture capital and representative of Energy Technology Ventures.

Oblong will use the new investment dollars to scale product commercialization and custom solutions development. Partners are critical to this scaling, and GE recently announced that Oblong’s technology has been licensed by GE Digital Energy for use in new Smart Grid analytics software. The product will enable utilities to use integrated digital tools and data sources designed to make decisions, both in infrastructure planning and real-time operations.

Financial details on the Series B financing round in Oblong Industries were not disclosed. 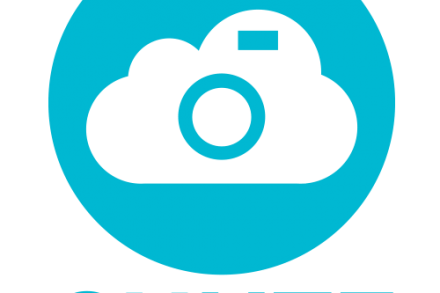