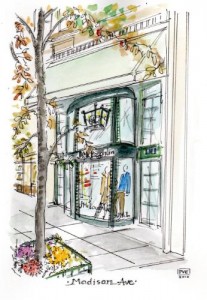 According to a written statement, New York-based American clothing and accessories brand for women and men J.McLaughlin has received a senior debt financing of undisclosed amount from ORIX Leveraged Finance.

The company used the proceeds to finance its acquisition by private equity firms JH Partners, the Highland Consumer Fund, and Palladin Capital Group (read here), as well as to finance growth initiatives.

Founded in 1977 by brothers Kevin and Jay McLaughlin, J.McLaughlin is an American brand that sells only its branded, proprietary designs. It currently has 52 stores in 18 states across the eastern half of the United States.