Led by CEO Chris Reynolds; COO Jason Angelides,; and CTO Stu Farber, OneTwoSee provides products and services that allow TV audiences to use mobile devices to play along with their favorite shows and other viewers, and enables advertisers to reach them.
People can create, schedule and publish interactive content that will be displayed on television viewers’ PCs, tablets and mobile phones during a television show or live sporting event.

The company released the first version of its service around the Philadelphia Phillies MLB baseball. 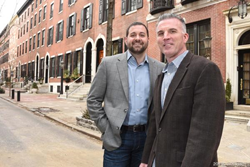 By FinSMEs Published on November 8, 2013