The round was led by Accel Partners, with participation from Klaas Kersting, founder of German browser-game giant Gameforge and currently CEO of flaregames, and existing investor London Venture Partners.
They joined other previous shareholders Initial Capital, Cerval Investments and Lifeline Ventures.

The company intends to use the funds to accelerate its growth, expand its team and release new games and target new platforms. 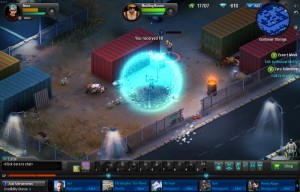 Founded in June 2010 and led by CEO Ilkka Paananen, Supercell released its first title, Gunshine.net, in Closed Beta in February this year. The game, which features deep online gameplay and extensive social features, has been developed in co-operation with its fan community and is about to enter Open Beta.

In conjunction with the funding, Kevin Comolli, a Partner in the London office of Accel, will join the company’s Board of Directors.

myThings Secures $6M in Third Round of Funding